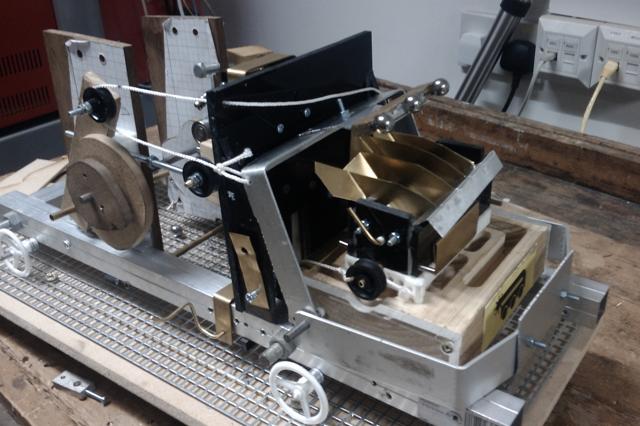 I made two versions of a mechanical Turing machine, one made mostly from scrap materials with hand tools, and the second version using laser-cut acrylic with a few 3D printed parts.

Both are 5-symbol, 2-state Turing machines, one of the smaller universal machines. A smaller 3-symbol, 2-state machine is also known to be universal, but that was discovered after I'd started developing my mechanical version. Both the (5,2) and (3,2) machines are sometimes called weakly universal as they require a infinite repeated pattern to be set up on the tape before operating. My machines cannot be called universal, since they do not have infinite tapes. This makes any physical construction of a universal Turing machine impossible, so I've ignored that restriction.

In any case, the length of 'tape' set up for both these machines is long enough that the poor reliability of the machines usually limits them before the end of the tape can be reached.