This is a report of a failed experiment in laser-cut fluidic logic. The idea behind fluidic logic is to construct logic gates and amplifiers which work by diverting flows of liquid or gas. You can of course contstruct hydraulic or pneumatic logic using conventional pilot-operated mechanical valves, but fluidic logic implies that there are no moving parts other than the fluid.

While there's good evidence that fluidic logic has been used in the past, finding any diagrams or details on how to build such a system are difficult to find. So I tried making a trial system out of laser-cut acrylic.

This is constructed from three layers of acrylic. The main shape of the gate goes in the middle. On top there's a layer which just has holes in where the input to the gates are. The bottom layer has drain holes in it at the exit of the gates. I chose water rather than air as it's easier to create water pressure just by filling a tank and it should be easier to see what's going on (although in reality, it's still very difficult). 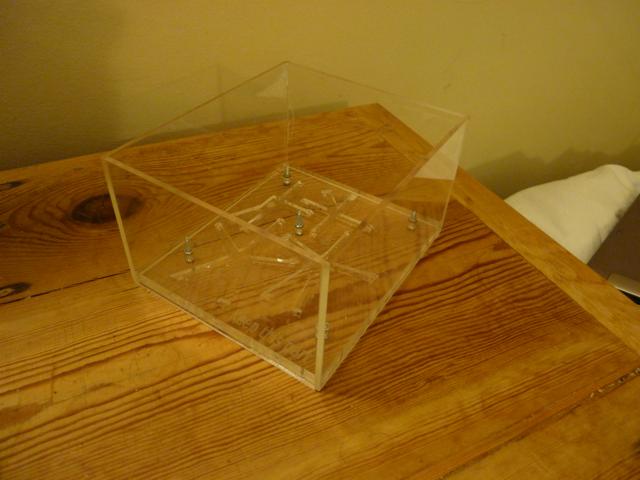 This is surrounded by a plastic box which can be filled with water. Most of the input holes are covered with insulation tape except the gate I want to test. For the gate under test, I held one hand in the tank with a finger over each input hole. 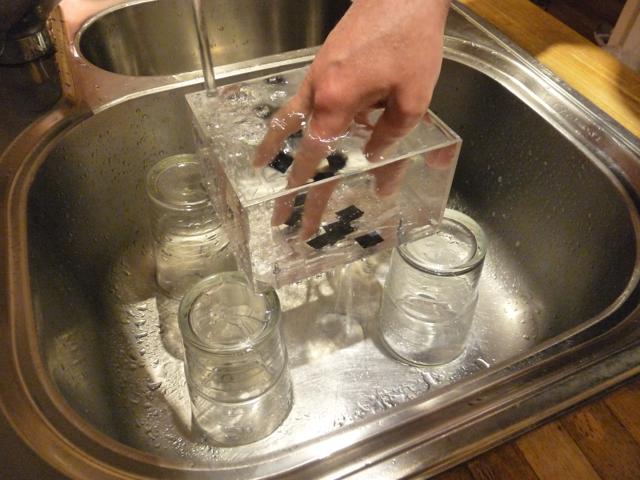 Unfortunately, none of the designs worked as a logic gate. Fluidic logic is probably a complicated subject requiring a strong knowledge in fluid dynamics. If anyone else has seen any designs for fluidic logic gates, could they let me know?